The boy who cried wolf, or the sky is falling so stop all the yelling!

This is hard to admit, but I am almost to the point of shutting down on any and all news, fake or otherwise in regards to this, our United States of America. “But, Don,” you’re probably saying out loud to nobody in particular, because I ain’t there in person, “You are my filter, my voice of reason in all things local and national – how can you check out on me like this? That is so uncool.”
To you, the faithful I say, “I am ALMOST to the point.”
I am not there yet, I just wanted to give you all a heads up. I am sooooooo close to telling you all, the whiners on the left and the yellers on the right, to take your messages and shove it where the sun don’t shine (but maybe that is not a good idea either, because that would mean all those messages would come here to our part of Michigan where the sun really hasn’t shone much since 2016).
Hmmm. I reckon I will have to give this a little more thought. In the meantime . . .
Whenever I turn on the news (radio, TV, or from national newspapers/magazines online), all I hear are folks yelling at each other from behind their hand-painted signs on opposites of whatever street they may be standing. There is no dialogue. There is only, “you suck!” and “You suck more!”
One side is afraid of everything and feeds on that fear by continually screaming about their fears. In any “energy” work “likes” attract “likes.” If you are always afraid and agitated, you will attract “like-minded” people who are afraid and agitated. Together, the afraid and agitated further stir up their angst.
Because of the volume and amount of their protestations, the other side is outraged and annoyed and is starting to (in their minds) “fight” back. “Shut up and be quiet. We won the election!”

And, while both sides of the American spectrum have the right and should be involved in the American-idea, can I offer a little bit of common sense to the equation before my head explodes or you all force me to move into a cabin in the middle of the Upper Peninsula with nothing but an ax, 30-aught-6, plenty of ammo, knifes, a sharpening stone and no electricity.
* * *
When I was a kid, I remember two different children’s stories. One was called, “Chicken Little,” the other, “The Boy Who Cried Wolf.” And, for some reason, in my advancing age, those two stories are making a connection to the state of today’s fear.

If I remember correctly, Chicken Little was running around screaming, “The sky is falling, the sky is falling,” getting a small town into a panic when only an acorn fell from a tree. In other story, a lad cried wolf to other villagers all the time, even when there was no wolf. When there was finally a real wolf and the boy cried, “wolf!” no villagers came to the rescue and he was eaten.
The moral of both stories was something like, for those who scream too much, things end badly.
* * *
As an adult, I am oft to offer the following sage advice: (that can be used in parenting, in business leadership and life in general). I think I will present it here as a Confucian ancient Chinese secret parable thingy. 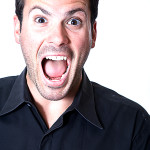 Think about it this way, if you are a kid growing up and 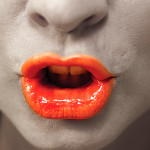 So, to tie all these awesome Don-Rush-y thoughts together . . . “My fellow Americans, we have nothing to fear but fear itself. Please, take a deep breath of cleansing, fresh air. Take a step back. Instead of acting out of fear and emotion, stop! Instead of yelling your condescensions, stop! Listen to the side you are not standing. Validate each other’s concerns. Strive for commonality as a step-stone for future dialogue.”
Or just keep yelling and screaming to live your lives in anger and fear. Your call (just let me know so I can look into that up north property, deep in the woods).
Send comments to DontRushDon@gmail.com

The boy who cried wolf, or the sky is falling so stop all the yelling! added by Don Rush on February 15, 2017
View all posts by Don Rush →

2 Responses to "The boy who cried wolf, or the sky is falling so stop all the yelling!"