Snowflake nation revisited, or why we are soft 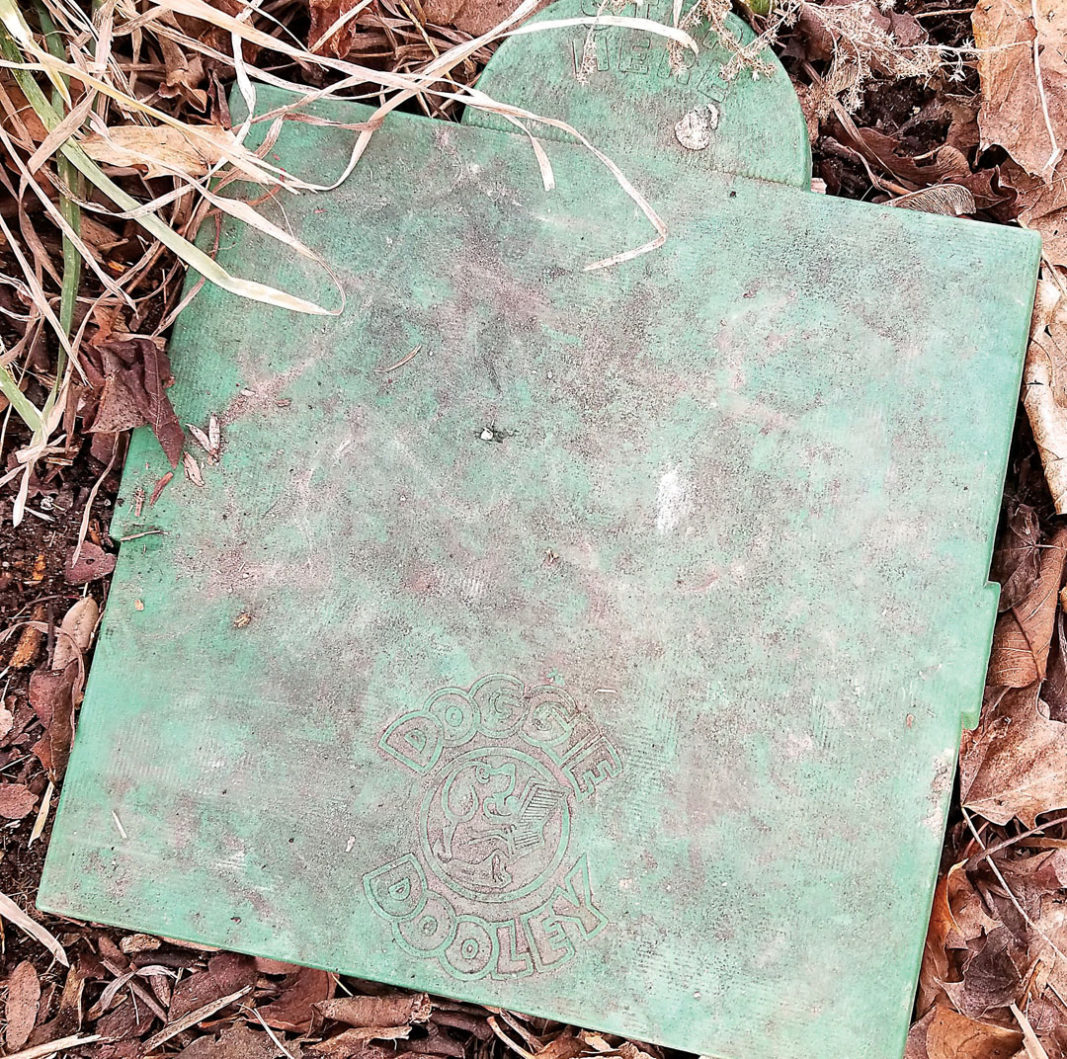 This past holiday weekend I walked around the backyard, looking over projects for spring and summer. There, in the very back, I saw this green plastic square. The Doggy Dooley! And, I was taken back to 14 years ago, when I installed said Dooley. What is it? Read on.

April 9, 2014: We are becoming a “soft” nation. An ocean of “wimps” and “hoity toitys” (whoever they are) will soon be upon us. No longer will we be a nation of beer and burgers — everybody will want Chablis and crumpets (whatever they are).
Woe is us.
I have come to this conclusion after thorough research. The information and raw data I found, I gathered by employing investigative practices only the finest muckrakers use. In other words, I found some tidbits of info, jumped to a conclusion and blew the whole thing out of proportion. But, hey — that’s okay, I am a trained professional. It’s my job as a blowhard to make mountains out of mole hills.
Why am I predicting that our nation will be overrun by latte-drinking, pinky finger pointing snobs, you may be asking yourselves? I give you the Doggie Dooley and other “things” that make life easier for dog owners with yards.
What is a Doggie Dooley? It is a . . . well, it’s a, um . . . it’s a thing you dig into the ground a foot or so down that you scoop dog doo-doo into. It is a dog waste eliminator that uses an enzyme and water to — and I quote, “reduce waste to a liquid,” that is “harmless” and that is soon “absorbed” into the soil.
The Doggie Dooley (which costs about 50 bucks) is only the tip of the iceberg in gadgetry folks can use to clean their yard of Fido feces. There are pooper scoopers that automatically bag for you. There are spring-loaded metal scoops with jaws that clamp around Pomeranian piles. You can even add some other enzyme into your Doggie Dooley that makes it smell good . . . or at least makes it smell not bad.

All this stuff is making the job easy. It’s not ‘sposed to be easy. Poop scooping is a smelly, tedious job that no adult in his or her right mind wants to do . . . that’s what kids are for, aren’t they?
In return for giving them life, pampering them as infants, feeding them, clothing them, sheltering and protecting them, they get to “de-mine” the backyard so nobody (mom or dad) steps into a pile of doo, slips and loses a limb (or worse, gets some on them). It’s a yucky, smelly, thankless job and that’s why kids were made to do it.
It shouldn’t be easy or nice. Children should be pooper scoopers because it makes them better adults. They may not know it yet, but it is for their own good. Well, that’s the way it used to be. When you got old enough to handle a spade shovel, it was your job to scoop poop before dad cut the lawn. If dad stepped in something, it was best to be out of town until he got his shoes cleaned.
Taking care of Fido’s business was a lesson in character building. It also sent the message that you had better get good grades in school, get a good job, find a good wife and hurry up and have your own kids so they could pick up your dog’s messes. There was a beauty in the simplicity of it all.
Not now.
Now, things are easy. Things have changed. Parents are buying stuff to make the job easier, doing the job themselves and some are even hiring regular people (not the neighbor kid) to come to their homes and clean up their yards of dog doo-doo.
What is the world coming to when perfectly sane adults are not letting the children do the dirty work?
What does it say to the children when adults actually hire other adults who make a living being known as the “Poop Scoopin’ King,” or “The Waste Terminator,” or “We’re Number One in The Number Two Business?”
(Not that there is anything wrong with being a Master Scooper. I am sure it is a lucrative endeavor. Call me kooky, I just believe it would be tough to pick up chicks after a hard, summer’s day of excrement removal. I could be wrong.)
This pampering of our children is going to make a generation of kids who won’t be able to handle anything hard or smelly. They’ll swill down tea from fine china versus a cup of Joe from a mug that says, “It sucks to be you.” They’ll watch croquet championships on TV instead of the Wide World of Wrestling. They’ll end up saying things like, “Cheerio, my good man” or “Smashing,” instead of “Way to go, dude,” or “Cool.” They’ll wear knickers and stockings instead of jeans and white socks.
Ahh, the humanity!
The horror of it all — why, they’ll become British!
We must stop the madness. Have your kids pick up poop, today, tomorrow and forever. We thought we won the Revolution in 1783, but maybe it’s all been a ruse from across the Atlantic Ocean. Maybe the Brits are lulling us into a 235-year false sense of security before striking back for the monarchy.
(Bet you didn’t see that hypothesis coming!)
Comments for the near hysterical Rush can be e-mailed to DontRushDon@gmail.com

Snowflake nation revisited, or why we are soft added by Don Rush on April 4, 2018
View all posts by Don Rush →