There is much to look forward to in 2018 in Independence Township, said township Supervisor Pat Kittle. 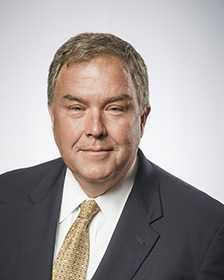 “Here in the township, I am continuously amazed at the amount of support people are willing to give to an important project,” Kittle said.

The Miracle League of Clarkston, a non-profit group providing recreational and sporting opportunities for children with physical or cognitive challenges at accessible facilities, has supported the township with the Adaptive Park planned for Clintonwood Park.

“There are a group of very motivated residents who have special needs kids who have committed to raising $500,000 to build this park using private capital to benefit those kids who love sports but who are just physically unable to play competitively,” he said.

The park will have a ball field smaller in size with a special uniform surface that kids on crutches or wheelchairs can run, throw, bat in a highly supervised and fun environment. Most importantly, Kittle feels this field gets them involved with other kids.

“There are goals for ’18, with Splash Pad being one of them. For ’17, I just evaluated myself and I gave me a C+. People expect you to do your job. They demand a balanced budget, and make sure that the shower turns on and the toilets flush,” he said.

“To get an A, you’ve gotta walk on water, and there’s only one guy that I know of that can pull that off, and that was a long time ago. There are some things that I accomplished and other things that I didn’t,” he added.

Some of the challenges Kittle had this year were resource constraints. He wanted to do some things with his DPW department such as building a new structure, cleaning and updating the sewer pipes. Kittle also wanted to put new audit protocols in place to make sure billing gets better for utilities, especially concerning HOA.

“It’s taking us a little while to unwind it, but through process redesign efforts, we’ve identified where the core issues are, put together fixes in place, and communicated these to the HOA’s,” Kittle says.

When presented with the issue about apartment residents who do not have the benefit of recycling services, Kittle made the suggestion that a collaborative effort would be needed.

“An individual renter going to the apartment owner probably doesn’t have a lot of clout, but if he can get a block of residents and organize themselves so that it isn’t just one person complaining but it’s dozens of people requesting. The downside to this is that if there’s incremental costs, you know that the apartment owner is not going to eat it. He’s going to transfer that cost down to the renters, so you kind of get what you pay for,” he said.

The township supervisor says the most influential person is his wife, Kim.

“I’ve known her for a better part of fifty years,” he said. “She is supportive, understanding, challenging, and not afraid to tell you when you’re wrong.”

Kittle is a passionate advocate of building a full-service hospital in Independence Township but there has been some tough obstacles in the way.

“My number one priority for this community has been the establishment of a full blown medical facility here. There is a Certificate of Need process that the medical profession uses in the state of Michigan to determine where and whom competitors should be placed,” he said.

The supervisor plans to approach the state legislatures to repeal the C.O.N.

“It’s a difficult process in that here we are a community of 37,000 people with another 60,000 in neighboring communities that would benefit from a level 2 trauma center here in the heart of Independence,” said Kittle.

The supervisor admitted it currently takes people in the community about a half hour to get to the closest emergency room. Beaumont had the inclination to create a hospital in the township, however, ended up not happening. Kittle feels a full hospital here would help save lives of residents, as well as also provide several side benefits such as creating jobs for 1200 employees, expanding the local housing market, would benefit hundreds of acres of commercial property along with the taxes that would bring to the community.

“I gotta lose weight, like a quick fifty pounds. That’s the goal,” he said.

Kittle added with a laugh, “You can put that in print. I’ve got nothing to hide.”