Student-athletes began their 2021-2022 Fall and Winter seasons on time as the COVID pandemic was going on. Here are some highlights from the second half of 2021. July 6 Big hits at softball camp: Young athletes threw, hit and ran around the diamond during different obstacles on the last day of Clarkston Softball Camp. It […]

Athletic teams throughout the state continued waiting word about what would happen with their seasons due to the COVID pandemic. At the beginning of 2021, football, volleyball and girls swimming and diving were waiting on word when they could conclude their season with postseason tournaments. Winter sports were anxious to see when they could start […]

Wolves, Wildcats come together for community

BY WENDI REARDON PRICE Clarkston News Sports Writer It was a win for both blue and gold teams on Friday night as the Clarkston Girls Basketball program raised over $2,000 for the Oxford community. The Wolves also supported the Wildcats wearing Oxford Strong T-shirts in support of the community who lost four teenagers and had […] 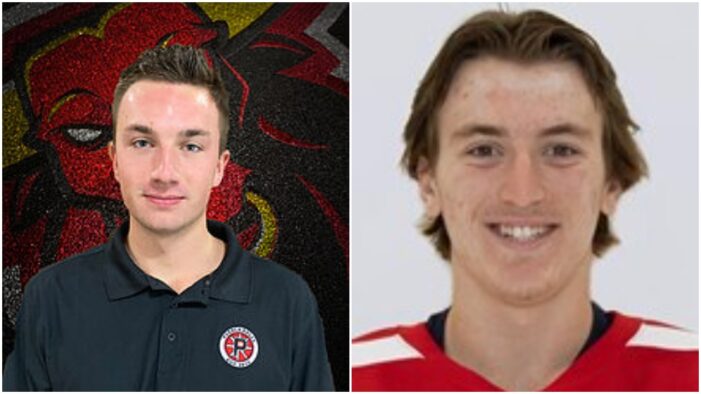 In junior hockey circles, Clarkston native Brendan Dicker (top left) was named one of the USPHL Mountain Division Forwards of the Month for November after solid outings with the Pueblo (Colo.) Bulls. The 2019 Clarkston High School graduate had two assists in a November 6 shootout loss to the Northern Colorado Eagles, and then finished […]

BY WENDI REARDON PRICE Clarkston News Sports Writer With less than 15 seconds to go in the Wolves’ home opener against Lake Orion junior Cavanaugh Diton hit his three-point attempt, causing the Jungle to give him an enthusiastic cheer . It was the last basket of the night for the Wolves as the Clarkston Boys […]

BY WENDI REARDON PRICE Clarkston News Sports Writer Icers put two in the win column last week after taking on teams from Rochester . Clarkston Varsity Hockey opened the week with a 3-2 win against Rochester United last Thursday at home. “It was a good win for us,” said Nathan Bryer, head coach. “We lost […]

Clarkston Girls Varsity Basketball finished the week with a 64-44 win over White Lake Lakeland on Saturday. Maddy Skorupski had a career high with 31 points as she led the team. Izzy Hadley had ten points during the game and Keira Tolmie had six. Freshman Marley Mazur chipped in four points. The varsity team opened […]

Clarkston hoopsters ready to get on court

BY WENDI REARDON PRICE Clarkston News Sports Writer Cagers have spent weeks practicing and playing scrimmages to prepare for their season opener this week. “ We have as much game type atmosphere as possible for our kids,” said Clarkston Boys Varsity Basketball Head Coach Tim Wasilk. “It’s been pretty good.” The Wolves are on the […]