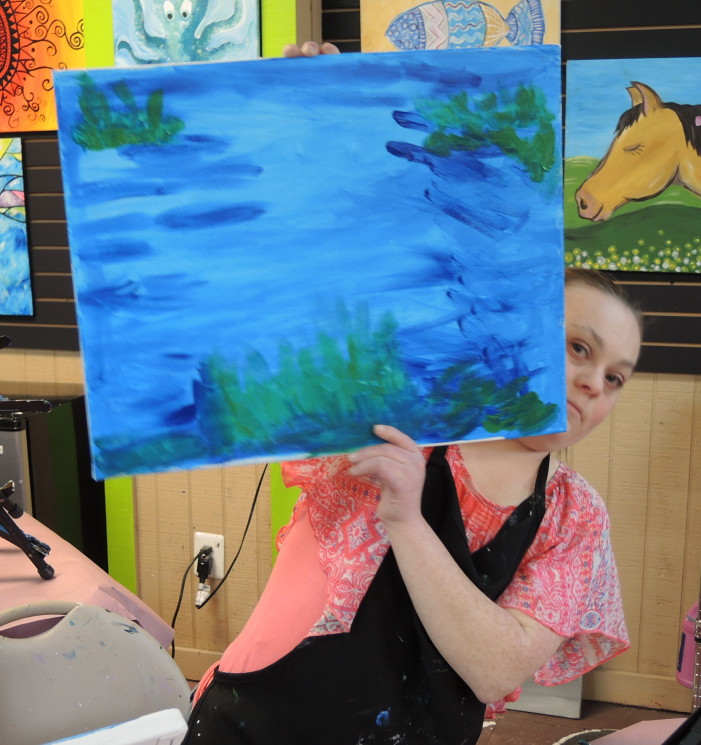 Every third Monday of the month, adults with disabilities from throughout northern Oakland County come to Clarkston to express themselves through art.
Picasso’s Grapevine hosts the Club Create Clarkston at its 12 South Main Street studio.
Founders of the club include Leanna Haun, owner of Picasso’s Grapevine; Robert and Sue White, Parent Alliance Of Metro Detroit and Clarkston residents; and Kathy Cole of VSA Michigan.
“It’s an opportunity for socialization and self expression, using various forms of art as our media,” Robert said.
“They’re awesome,” Cole said. “I can’t believe how much talent is in this group.”
Haun provides use of the studio at no charge, Robert said.
“And with initial operating funding from my wife and I along with organizational support from Kathy Cole, Club Create Clarkston became a reality, and now a success,” he said. “We have very little overhead and operate with support from volunteers, with the exception of paying for qualified art teachers.”
As interest and membership grows, they hope to offer a second class, with meetings twice a month. Plans also include taking the class to group homes in the area. They host a fundraiser at Picasso’s Grapevine Studio on May 20, from 7-9 p.m. Admission is $40 with all proceeds going to Club Create Clarkston’s operating fund.
For more information, call Robert at 248-789-2165.

One Response to "Club Create"