I signed up for a webinar about compassion recently to gain continuing education credits to maintain my MI RN license. I couldn’t connect to the webinar, but it did get me thinking about first responders, the health care community and their unadulterated, on display, inspiring compassion during this covid-19 pandemic! How in the world can […]

In the 1980s, scientists were considered the “go to” experts for reliable information regarding our health. In the 1990s, PhD students became “the source.” By the early 2000s, it was the media we trusted. And today … Karen on Facebook knows what is best for us. This is becoming more concerning during the unforeseen COVID-19 […]

The American Legion Chief Pontiac Post 377, 4819 Mary Sue Street, will host a Red Cross Blood Drive on Wednesday, April 8, 11 a.m. to 5 p.m. During this pandemic, the Red Cross is facing a severe shortage of blood donations. Healthy individuals are needed to help people who require blood. We could use 6-8 […] 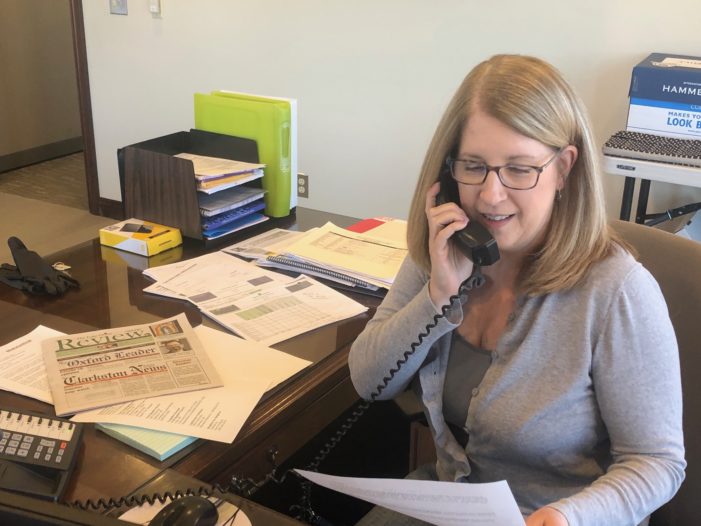 Beginning on Thursday, April 2, Independence Township staff and volunteers began to make over 1,000 outbound calls to seniors living in Independence. The gist of the call was to make an introduction, check to see how everyone was doing, ask if they had the basics to get by and to make sure everyone had the […]

Dear Editor, Our governor has not been effective during this crisis, instead she has been ideological and vindictive! An edict from the governor’s office threatened all doctors and pharmacists in the state who prescribe or dispense hydroxychloroquine to treat COVID-19. Even worse, the letter indicates health care providers are “required to report” their fellow physicians […]

Timothy W. Foley, age 75, passed away peacefully on April 4, 2020. He was born November 11, 1944, in Detroit. He was a graduate of University of Detroit, School of Dentistry. He owned a private practice in Birmingham, MI, where he cared for so many wonderful families and made such lasting friendships. He served as […]

COVARRUBIAS, Jean Helen; born to Frank and Vertie Campbell on June 28, l932.  She went to be with the Lord on March 19, 2020.  She will be missed by her devoted husband of over 73 years, Antonio “Bill” Covarrubias, and her children: Antonio (Cheryl) Covarrubias; Jeanne (Guy) Cagle; Loren (Bonnie) Covarrubias; Kim Covarrubias, Robin (Brad) Rice; Jesse Covarrubias; […]