Independence Day was just the beginning 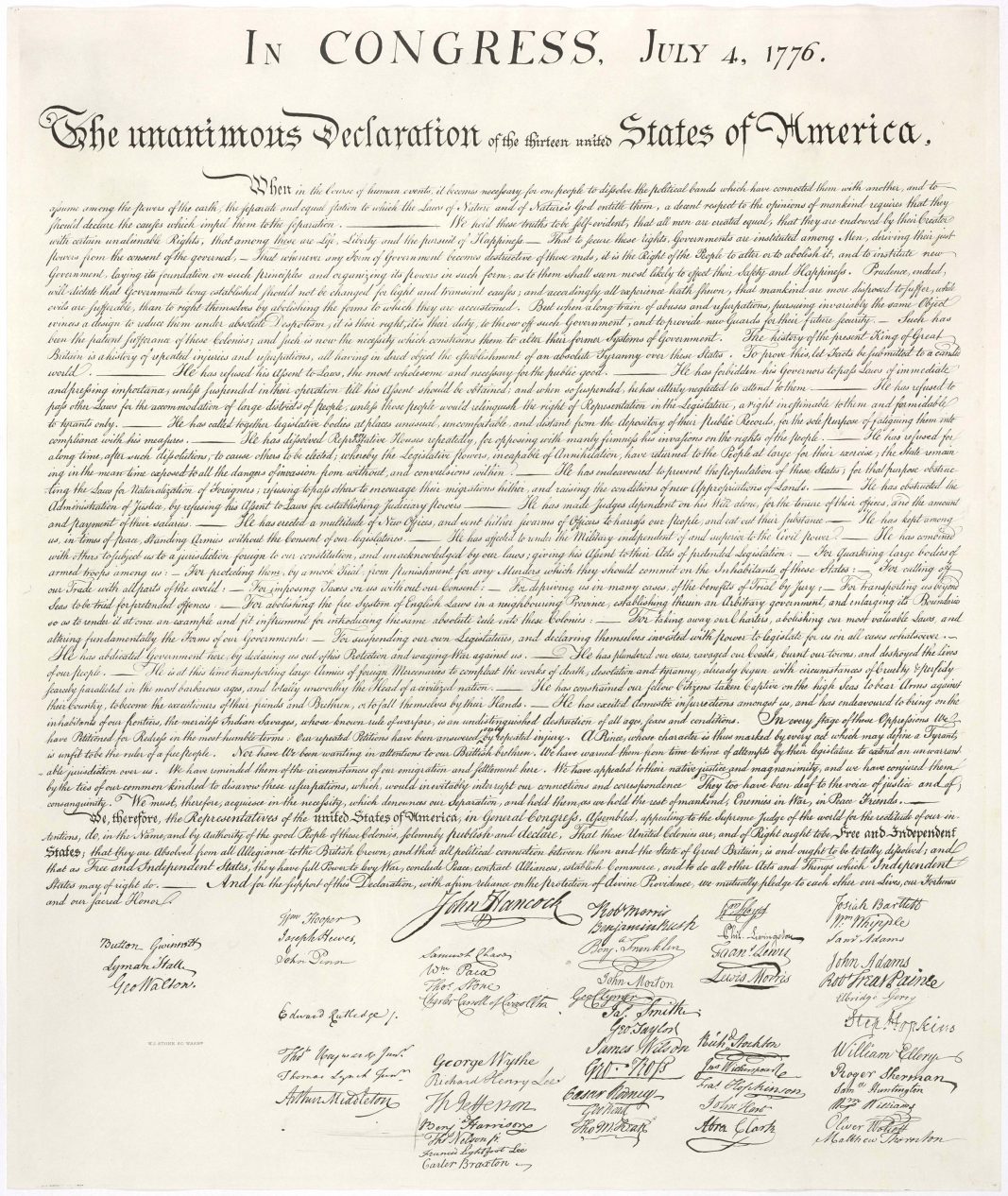 From the National Archives: In 1820, the Declaration of Independence was already showing signs of age. Secretary of State John Quincy Adams commissioned printer William J. Stone to make a full-size copperplate engraving. This plate was used to print copies of the Declaration. The 1823 Stone engraving is the most frequently reproduced version of the Declaration. 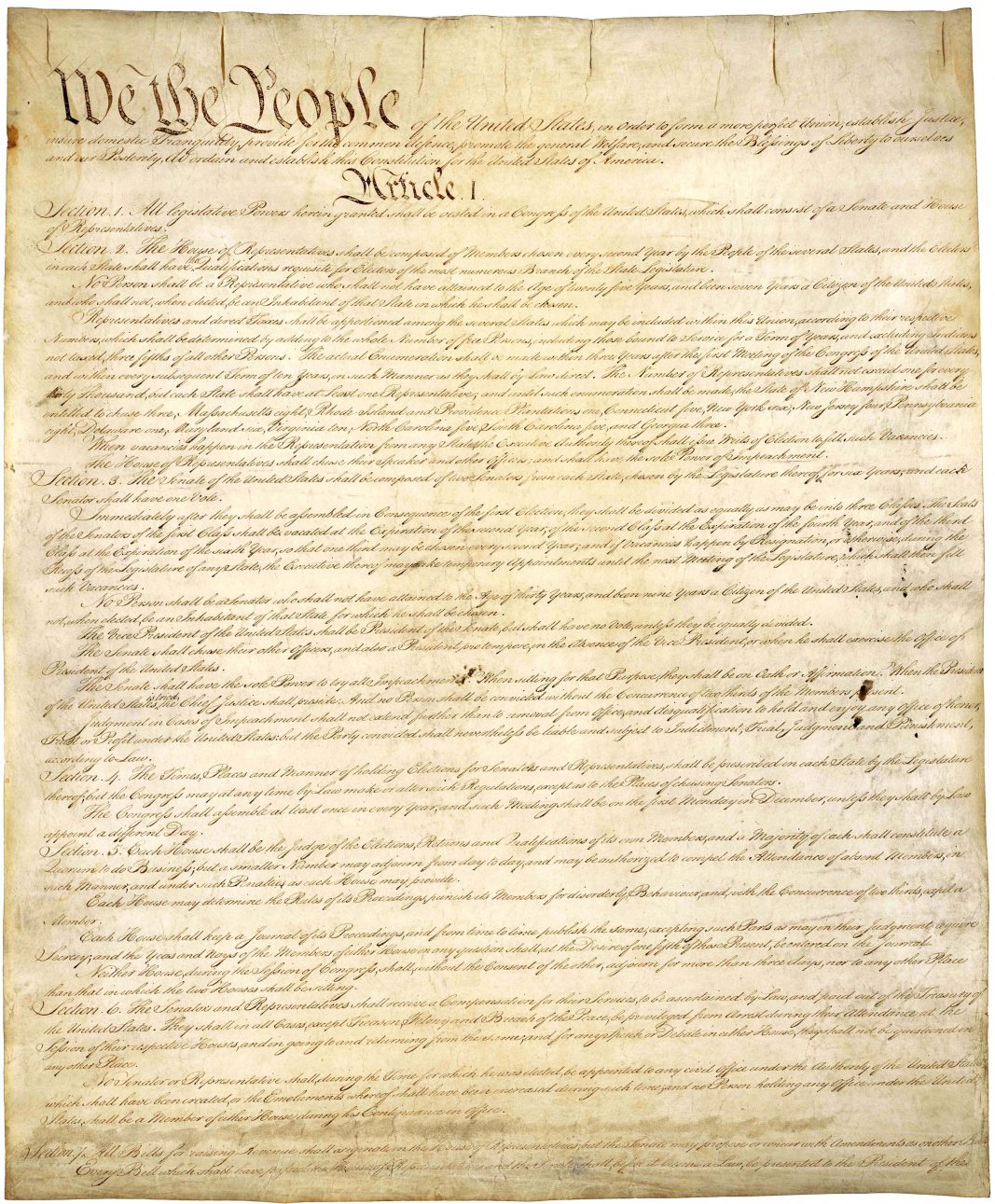 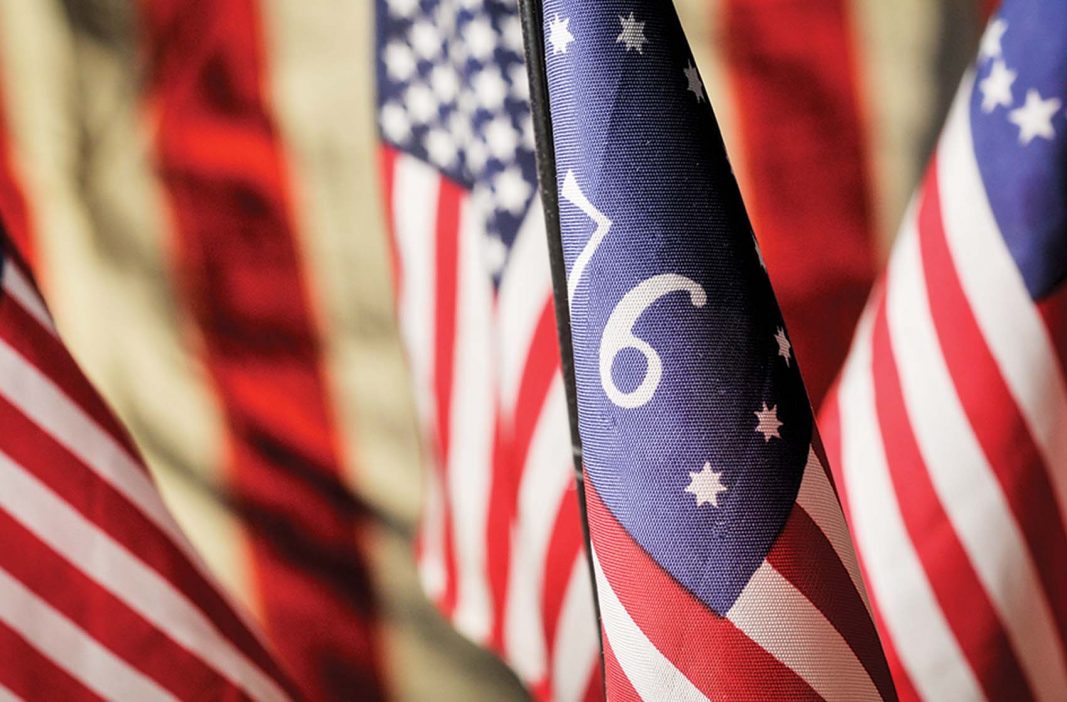 As we celebrate July 4 in these here United States, and as I listen to our national politicians, I cannot help but think they didn’t read the Declaration of Independence, what really started the Revolutionary War; nor do I think have they read the Constitution, once we became a nation of Individuals, responsible to ourselves and our own actions. Or maybe politicians have read these documents, but chose to ignore them for their own political powers. In light of this, I give you a portion of the very Liberal (not leftist) Declaration of Independence — and thank you old, rich white guys for penning it.

IN CONGRESS, JULY 4, 1776
The unanimous Declaration of the thirteen united States of America
When in the Course of human events it becomes necessary for one people to dissolve the political bands which have connected them with another and to assume among the powers of the earth, the separate and equal station to which the Laws of Nature and of Nature’s God entitle them, a decent respect to the opinions of mankind requires that they should declare the causes which impel them to the separation.
We hold these truths to be self-evident, that all men are created equal, that they are endowed by their Creator with certain unalienable Rights, that among these are Life, Liberty and the pursuit of Happiness. — That to secure these rights, Governments are instituted among Men, deriving their just powers from the consent of the governed, — That whenever any Form of Government becomes destructive of these ends, it is the Right of the People to alter or to abolish it, and to institute new Government, laying its foundation on such principles and organizing its powers in such form, as to them shall seem most likely to effect their Safety and Happiness. Prudence, indeed, will dictate that Governments long established should not be changed for light and transient causes; and accordingly all experience hath shewn that mankind are more disposed to suffer, while evils are sufferable than to right themselves by abolishing the forms to which they are accustomed. But when a long train of abuses and usurpations, pursuing invariably the same Object evinces a design to reduce them under absolute Despotism, it is their right, it is their duty, to throw off such Government, and to provide new Guards for their future security. — Such has been the patient sufferance of these Colonies; and such is now the necessity which constrains them to alter their former Systems of Government. The history of the present King of Great Britain is a history of repeated injuries and usurpations, all having in direct object the establishment of an absolute Tyranny over these States. To prove this, let Facts be submitted to a candid world . . .

And, then there was the list of grievances. Ending in this, then signatures. “And for the support of this Declaration, with a firm reliance on the protection of Divine Providence, we mutually pledge to each other our Lives, our Fortunes, and our sacred Honor.”

After the war for independence was won, of course there was the harder job — the job that is ongoing. Running the Republic, to preserve Life, Liberty and an individual’s pursuit of Happiness. They penned a document that limits the scope of government. The Constitution of The United States was signed into law on Sept. 17, 1787. Here’s a bit of that document. Of course the preamble starts out very eloquently.
“We the People of the United States, in Order to form a more perfect Union, establish Justice, insure domestic Tranquility, provide for the common defence, promote the general Welfare, and secure the Blessings of Liberty to ourselves and our Posterity, do ordain and establish this Constitution for the United States of America.”
Articles that followed defined the branches of our government. Through the years there have been 27 Amendments. Here are the first couple. (Please read all 27 all on your own time! And you can do so by clicking HERE.)
AMENDMENT I
Congress shall make no law respecting an establishment of religion, or prohibiting the free exercise thereof; or abridging the freedom of speech, or of the press; or the right of the people peaceably to assemble, and to petition the Government for a redress of grievances.
AMENDMENT II
A well regulated Militia, being necessary to the security of a free State, the right of the people to keep and bear Arms, shall not be infringed.
AMENDMENT III
No Soldier shall, in time of peace be quartered in any house, without the consent of the Owner, nor in time of war, but in a manner to be prescribed by law.
AMENDMENT IV
The right of the people to be secure in their persons, houses, papers, and effects, against unreasonable searches and seizures, shall not be violated, and no Warrants shall issue, but upon probable cause, supported by Oath or affirmation, and particularly describing the place to be searched, and the persons or things to be seized.

Here’s to America, the land of the free and the home of the brave, to all her citizens, born and naturalized; here’s to all who strive for Life, Liberty and the pursuit of Happiness; those who have fought and fight for freedom. God bless, America.

Independence Day was just the beginning added by Don Rush on July 3, 2019
View all posts by Don Rush →

One Response to "Independence Day was just the beginning"