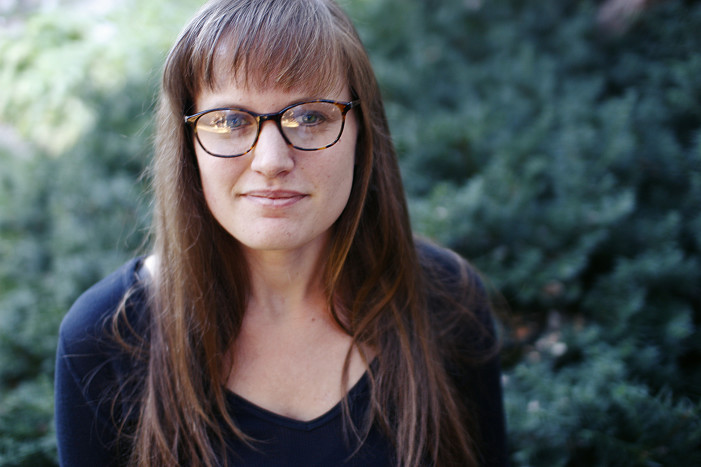 Lindsay Tigue of Clarkston is a poet, writer, and researcher. Photo provided

Lindsay Tigue of Clarkston is celebrating the release of her debut poetry collection, “System of Ghosts,” with a reading at the RCAH Center for Poetry at Michigan State University on April 20.
Tigue grew up in Clarkston with her parents David and Nancy Tigue, who still live in the area, sister, Alyssa, and brother, A.J., who also graduated from Clarkston High School. She graduated from CHS in 2003.
“I had so many great teachers in Clarkston,” the poet said. “Two of my best English teachers were Richard Swartout and Linda Densteadt. They encouraged my writing early on and introduced me to great writers. I also had a great French teacher, Vicki Potter.”
“System of Ghosts” won the 2015 Iowa Poetry Prize and was published by the University of Iowa Press on April 1.
“Lindsay Tigue has, first and foremost, a curious mind – her poems are motored by information,” said Craig Morgan Teicher, Poetry Prize judge.
In her book, the poet details the way landscape speaks to isolation and personhood, how virtual and lived networks alter experience.
“I am influenced by facts I learn, stories I hear, and things I see or experience,” Tigue said. “I also learn from the many authors I admire, such as Aimee Nezhukumatathil, Nick Lantz, Ada Limón, Traci Brimhall, and Jennifer Chang.”
She graduated from Michigan State University with a BA in English in 2007, then earned an MFA in Creative Writing and Environment from Iowa State University in 2014. She is pursuing a PhD in Creative Writing at the University of Georgia.
At the April 20 reading, she will also be judging the undergraduate writing prize and giving a lecture about using research in poetry. Her poems and stories have appeared in Prairie Schooner, Blackbird, Indiana Review, Hayden’s Ferry Review, and other literary journals. Check uiowapress.org or call 800-621-2736.
– Phil Custodio