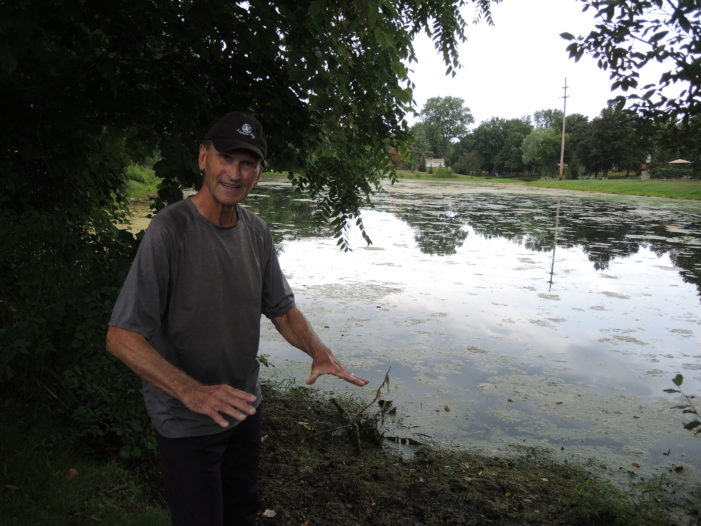 Frank Schoebel, riparian representative on the Lake Improvement Board for Clarkston Mill Ponds, explains some of the history of the upper and lower ponds. Photo by Phil Custodio

2 Responses to "Pond residents appeal to community for help"