The yoke’s on you. Some fun on St. Sean’s Day 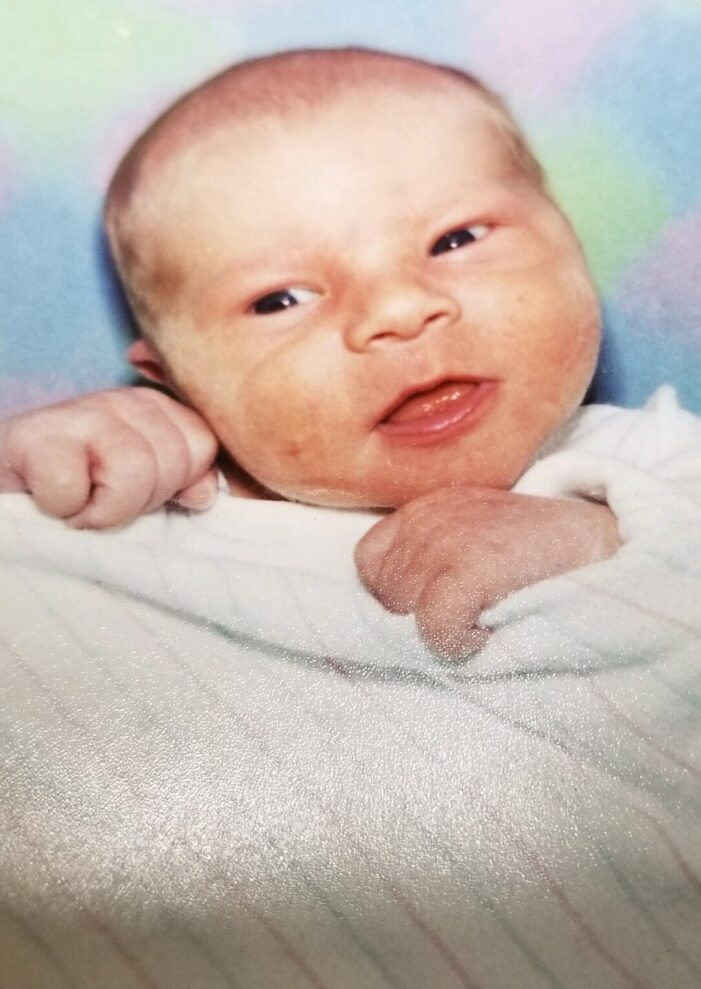 Well, since it is officially half over, I’m here to say #MustacheMarch is in full swing. For those who took the plunge, shaved off their beards, or waxed their ‘staches, thank you!
As I reported last week here in the land of Don’t Rush Me, I shaved my beard for the MustacheMarch madness. You’ll be glad to know, while the cold, March winter-ish air felt refreshing on my baby soft cheeks and chin I came to one of those life affirming decisions. And, that was a pretty easy decision. Oh, the decision — my face was made for hair. As I type this chapter, my gray beard is now eight days old.
* * *

St. Patrick’s Day, March 17 also happens to be the younger of my two boys’ birthday. If I do say so myself, he’s a fine young man with long, reddish hair and thick beard who is studying history at college. Latin is his favorite class this semester.
For funsies I went to the old archives, back to a time when Sean was still a few years away from double digits in age. Here’s what I wrote about him then:
“Sean of the twinkling eye is looking for fun. Sometimes he goads his older brother Shamus into fits. He winks at his mother. And, just the other day he donned his roller blades and went out the back door to roll down a grassy hill that drops 60 feet down (it’s a great sledding hill when there’s snow). He’d roll down, walk up and do it again. He’s got some strong legs, too.
“The thing is, he’s a good kid. He’s polite, likes to help out and generally wants to make people smile. He’s entertaining. He likes to sing, laugh and dance. I’m just worried — an Irishman born on St. Patrick’s Day — Jesus, Joseph and Mary — somebody bless him!”
He’s still polite and still goes out of his way to make folks smile. Happy birthday, Son.
* * *
It is St. Patrick’s Day week, so why not some offensive, ethnic jokes?
Irish Alzheimer’s
Murphy showed up at Mass one Sunday and the priest almost fell down when he saw him. Murphy had never been seen in church in his life.
After Mass, the priest caught up with Murphy and said, “Murphy, I am so glad ya’ decided to come to Mass, what made ya’ come?”
Murphy said, “I got to be honest with you Father, a while back, I misplaced me hat and I really, really love that hat. I know that McGlynn had a hat just like me hat, and I knew that McGlynn came to church every Sunday. I also knew that McGlynn had to take off his hat during Mass and figured he would leave it in the back of church. So, I was going to leave after Communion and steal McGlynn’s hat.”
The priest said, “Well, Murphy, I notice that ya’ didn’t steal McGlynn’s hat. What changed your mind?”
Murphy said, “Well, after I heard your sermon on the 10 Commandments, I decided that I didn’t need to steal McGlynn’s hat after all.”
The priest gave Murphy a big smile and said; “After I talked about ‘Thou Shalt Not Steal’ ya’ decided you would rather do without your hat than burn in Hell, right ?”
Murphy slowly shook his head and said, “No, Father, after ya talked about ‘Thou Shalt Not Commit Adultery’ I remembered where I left me hat.”
* * *
Paddy was found dead in his backyard, and as the weather was a bit on the warm side, the wake was held down to only two days, so his mortal remains wouldn’t take a bad turn.
At last his friends laid him in the box, nailed it shut and started down the hill into the churchyard. As it
was a long, sloping path and the mourners were appropriately tipsy, one fellow lurched into the gatepost as they entered the graveyard. Suddenly, a loud knocking came from in the box.
Paddy was alive!
They opened the box up and he sat up, wide-eyed, and they all said, “Sure, it’s a miracle
of God!”
All rejoiced and they went back and had a few more drinks, but later that day, the poor lad died.
Really died. Stone-cold dead.
They bundled him back into his box, and as they huffed and puffed down the hill the next morning, the priest said, “Careful now, boys; mind ye don’t bump the gatepost again.”