Unemployment benefits expanded due to pandemic 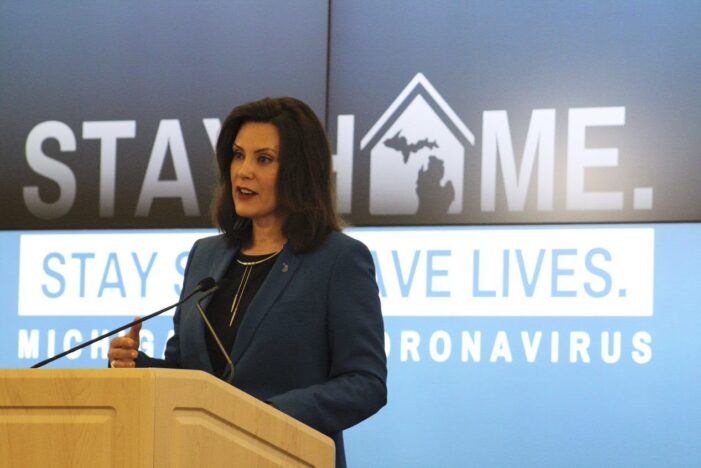 Governor Gretchen Whitmer today signed Executive Order 2020-76, extending and building upon her earlier executive orders expanding eligibility for unemployment benefits during the continuing COVID-19 pandemic.
The Executive Order expedites benefits for tens of thousands of Michiganders who have filed for unemployment benefits by allowing the state to review only an individual’s most recent job separation, which is the cause of the current unemployment, to determine the individual’s benefit entitlement.
“Nobody should have to worry about how to put food on the table or pay their bills, especially during a crisis. Michiganders everywhere have lost work because of COVID-19, and we must ensure they receive the benefits they’re entitled to as quickly and efficiently as possible,” Governor Whitmer said. “This Executive Order will take us one step closer toward that goal by temporarily eliminating red tape as we continue to flatten the curve of this deadly disease.”
The Executive Order also extends Executive Order 2020-57, which:
• Expands the state’s workshare program, offering more tools to employers to reduce layoffs and restart their business.
• Extends unemployment benefits to workers:
• Who have an unanticipated family care responsibility.
• Who are sick, quarantined, or immunocompromised and who do not have access to paid family and medical leave or are laid off.
• Extends unemployment benefits to workers who voluntarily left a job after accepting new employment but were unable to start their new position due to the pandemic.
• Allows anyone with an active unemployment claim to receive up to 26 weeks of benefits.
• Suspends the requirement for individuals seeking unemployment to request a registration and work search waiver from their employer.
• Allows Unemployment Insurance Agency retirees to keep their retirement benefits if they return to work to process unemployment claims or serve on the Occupational Health and Safety Commission.
• Expands cost-sharing with employers to reduce layoffs.
Governor Whitmer has been recognized nationally for her efforts to ensure unemployed Michiganders have access to benefits during the ongoing public health crisis.
Under the governor’s leadership, Michigan is one of only a few states that have begun issuing the additional $600 pandemic benefit from the U.S. government, according to Michele Evermore of the Washington, D.C.-based nonprofit National Employment Law Project, as reported in the Detroit Free Press.
According to Roll Call, Michigan has the second-lowest percentage of claimants still awaiting a decision on benefits, with only New York having a lower percentage of undecided claims. And, Michigan is third behind Vermont and West Virginia in the percentage of claimants receiving benefits, according to a recent New York Times report.