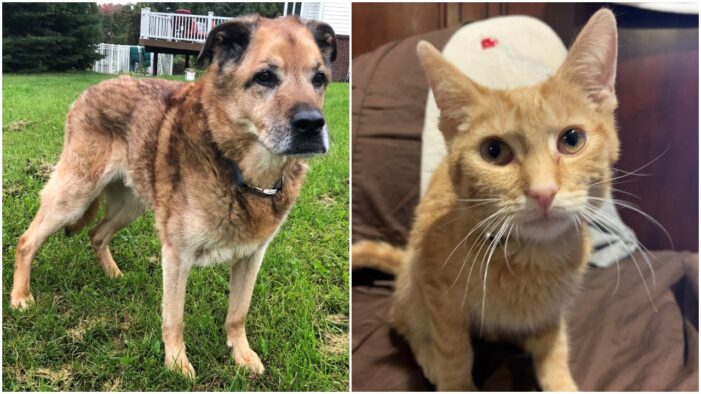 It’s never easy dealing with death.
Truth be told, I think it’s harder when it’s the death of a pet.
Try doing that twice in four months.
Not fun.
Back in February, we made the heartbreaking decision to take our beloved Eddie to the vet for his “last appointment.” He was the best dog and had always been so since we adopted him in the summer of 2003.
He would have turned 17 on July 1. That’s one heck of a life, you know?
Eddie was a German Shepherd/Chow mix that was older than any of our kids and our marriage!
It was so hard watching him go downhill the past year or so. He was the first animal any of our kids knew. In fact, all of their first words were a variation of Eddie’s name. True story.
As we watched the vet administer his last shot on Feb. 14, we all put our hands on Eddie and felt his last breaths. Yes, lots of tears for sure.
He was blind and deaf, but still had it all together to give kisses to all of us. It’s like he knew where he was and was excited to be going where he could walk, see and hear again.
Even now, I look at pictures or hear “More Than Words” by Extreme and I lose it.
Fast forward to last week, and our nine-month-old orange Tabby cat, Teddy, took his venture across the Rainbow Bridge way too soon.
Around Memorial Day, he started falling, walking wobbly, and just showing all-around issues that a young cat shouldn’t have. The vet said it was an ear infection, but there was obviously more going on in his little body.
Last Thursday, he was getting cleaned up by our oldest and he collapsed in his arms. Gone. Just like that. More tears.
Teddy was our cuddler, our loving cat that loved to be held and pampered.We only had him five and a half months, but did he ever have a lasting impact on our family.
Pets are family. That is a fact.
I just want Eddie and Teddy back!