Go Blue, and Hoya Saxa, too 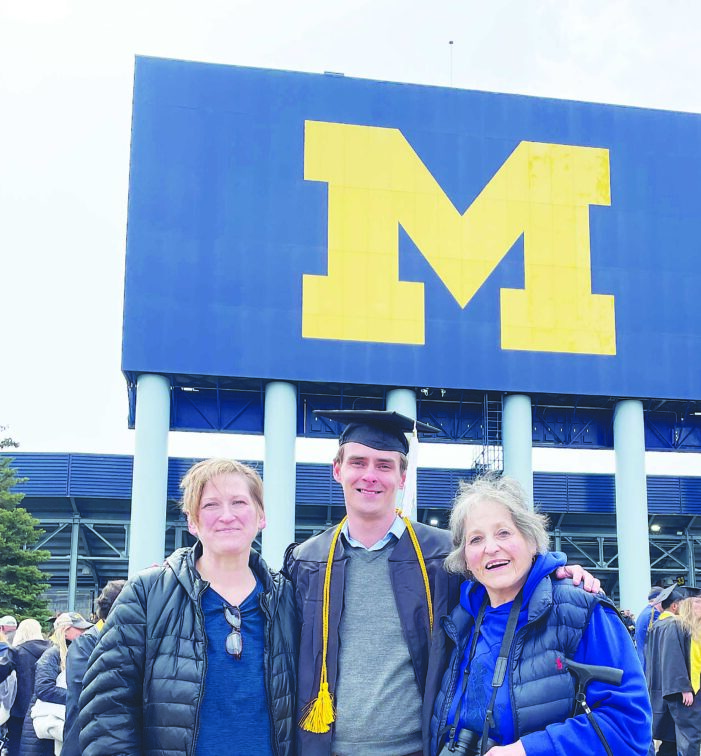 David A. Seaman, Clarkston High School Class of 2010, receives a warm congratulations from his sister Amy and mother Sally on April 30, following his graduation with distinction from the University of Michigan. Upon graduation, Seaman received the Osterweil Prize in Economics, awarded to the graduating senior with the highest achievement and the highest level of social awareness. Seaman has been accepted to Georgetown University in Washington D.C., where he will pursue a Master of Science degree in Addiction Policy and Practice. If that weren’t enough cause for celebration, he has also been admitted to the University of Michigan Law School, where he will pursue a J.D. following the completion of his Georgetown degree. Photo provided