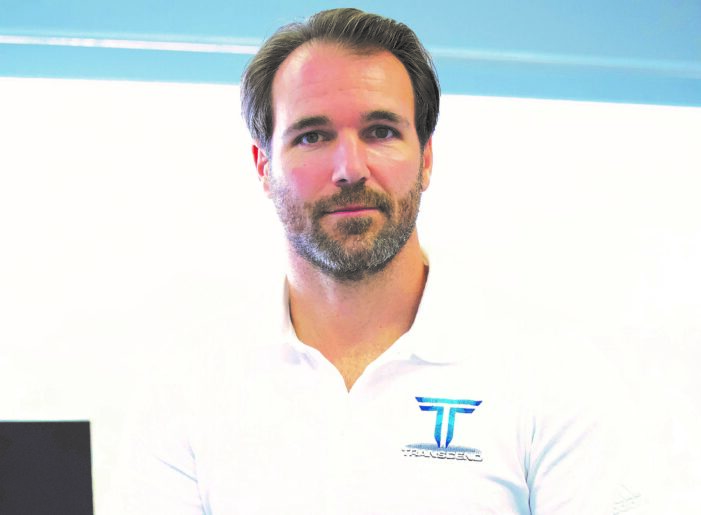 Brendan Quisenberry was born and raised in Clarkston, graduating from Clarkston High School in 2004.
And while he loved the town, he said he always knew when he was a young kid that he wanted to go into the military. After graduation, Quisenberry joined the United States Army as an 11B infantryman. After basic training and airborne school, he was assigned to the 82nd Airborne Division and went straight over to Iraq to be thrown right into the middle of all the combat in Baghdad.
“This eventually became rinse and repeat with four more combat deployments almost back to back,” said Quisenberry. “I eventually decided to try out for the hardest selection process in the Army – the United States Special Forces. After almost two years of intense training, I earned the coveted Green Beret. I now was not only deploying to Iraq or Afghanistan but worldwide. After 17 combat tours and 15 years of active duty service, I decided to transition out of the Army, since it was becoming so hard to maintain any resemblance to have a family life.” 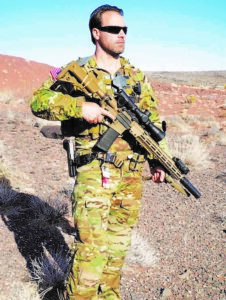 Back in 2018, Quisenberry had already been divorced once and said he was quickly on his way to a second divorce. He had three kids at this time as well – one with his first wife and two more with his current wife.
“Things were looking bad with my second marriage but we wanted to try and make it work, hence why I left the service after 15 years to sort of refocus my life on my family that I had been so absent from for years,” Quisenberry. “Now, after 15 years of active duty service, I did not want to lose out on my retirement, so I decided to enroll straight into the National Guard to keep serving my country and work towards the 20-year retirement. Now, here is something interesting because a majority of the rest of the U.S. population really has no idea just how hard it is for service members to leave the military and enter into the civilian life. I would say upward to about 90 percent of service members have an incredible time adjusting to the new lifestyle.
“Generally speaking during this time, the service member can start to drink heavily, turn to drugs, usually have no close friends to turn to like he did in service, and they start to go down a dark path, which can result in suicide. A bulk of veteran suicide can come from is the in-between time of getting out of military and trying to fit into civilian life. I was also part of the 90 percent who severely struggled. That led me down a dark place of binge drinking, absence from my family, shutting everyone else out and almost killing myself as well. Luckily, my wife never gave up on me and then I turned to some charitable nonprofits to get some help and after working with a few, I was starting to get my life on track.”
Quisenberry is now about to retire from the United States Army Special Forces after 20 years and is starting up a new 501c3 nonprofit (pending) for helping veterans and first responders who are severely struggling with physical and mental health issues at no cost to them. This new foundation is called Transcend Foundation, headquartered out of Auburn Hills.
“I am currently the executive director of the foundation and we are only 90 days old,” explained Quisenberry. “The unfortunate truth is that the Veterans Administration (VA) is overwhelmed with so many cases and it’s hard for them to address all the service members. The other unfortunate truth is that so many entities are slowly getting better but still lacking in the mental health department. Because of my experiences with PTSD (post-traumatic stress disorder), TBI (traumatic brain injury), and substance abuse, that was one of the strong focuses was addressing those issues not only for veterans but first responders as well.
“After serving my country for almost 20 years during the global war on terror, I am completing one mission and moving right into another mission by giving back to those who have given so much for us.”