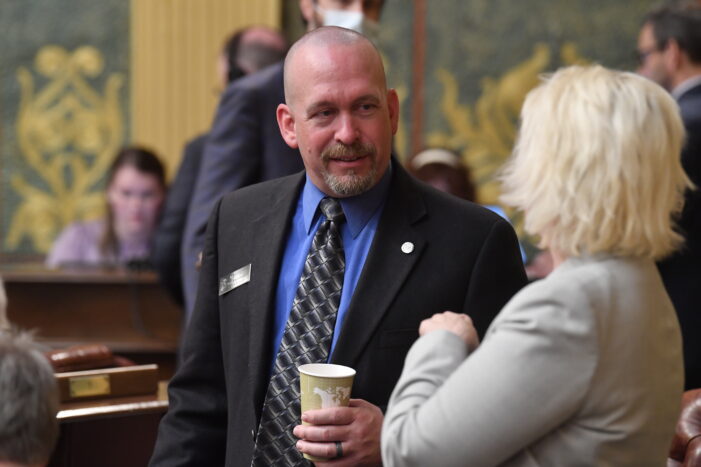 Rep. Mike Harris lives in Clarkston and is active in Lansing helping his local community get support from the state.
Earlier this summer, Harris said Governor Gretchen Whitmer’s back-to-school sales tax proposal falls far short of providing the tax relief Michigan families need and deserve.
Gov. Whitmer has vetoed three separate Legislature-approved tax relief plans that would have provided far more comprehensive tax relief than what she proposed, Harris said.
“The governor has had three chances to put more money into taxpayers’ pockets, and she failed to deliver all three times,” Harris said. “I am all in favor of helping hardworking Michiganders hang onto more of their own money, but the governor’s proposal can’t be taken seriously. If she was serious, she wouldn’t have waited until many Michigan families had already started or even finished back-to-school shopping before proposing it. Her plan comes too late to truly help families with back-to-school shopping – and it does not do enough to help Michiganders fight inflation at the grocery store and the gas station. Families need far more help than the governor is proposing.”
In a press release from Harris’ office, it was stated that in June, “Whitmer vetoed a Legislature-approved tax relief plan that would have lowered the state’s individual income tax rate and increased exemptions. Additional income tax savings would have been provided for families, seniors and military veterans. In early April, Whitmer vetoed a measure that as originally intended would have paused collection of Michigan’s 27 cents per gallon fuel tax for six months. The plan was undermined when Democrats in the Senate refused to allow the measure to take effect immediately. In March, Whitmer vetoed a plan that would have lowered the state’s individual income tax rate from the current 4.25 percent to 3.9 percent. Seniors and families with children would have had additional savings.”
More recently, Harris said he is working to make sure new reporting requirements related to deer hunting will not result in criminal penalties for Michigan residents.
Harris co-sponsors newly introduced House Bill 6354, which would eliminate possible misdemeanor charges connected with new reporting requirements recently approved by the unelected Michigan Natural Resources Commission.
“What the NRC did is a classic case of government overreach by an unelected commission. They’ve gone too far,” Harris said. “I am following this issue very closely as we consider possible legislative changes – starting with a proposal to make sure hunters are not facing possible misdemeanor criminal charges because of this overregulation.”
The NRC approved the new requirements to start with the upcoming fall deer hunting season. Hunters will have 72 hours to file online reports after taking a deer – including exact location of the hunt, the type of hunting device used, and other personal information. Failure to comply could result in a misdemeanor charge under terms of the NRC order.
The new bill pending in the Michigan House would change the failure to report penalty to a civil infraction with a maximum $150 fee.
“This legislation is a key first step,” Harris said.