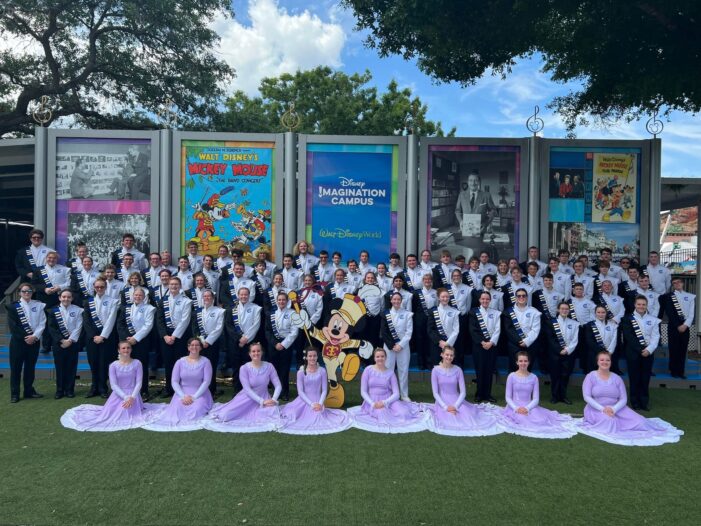 Over 100 students in the Clarkston High School Marching Band performed at the Magic Kingdom at Walt Disney World in Florida in April.
They began at Splash Mountain, marched to Cinderella’s castle, then marched all the way down Main Street.
“It was fun,” said David Murphy, president of Clarkston Schools Instrumental Music Association. “They were happy, having fun.”
One of the days they participated in a Disney Performing Arts Workshop where they played music and had it recorded for “Tarzan.” Then, they watched the movie with their music.
The band applied. Then, a video is reviewed and background is looked at. When Clarkston received their acceptance they were also informed when they could perform and times. Murphy shared the band typically goes every four years.