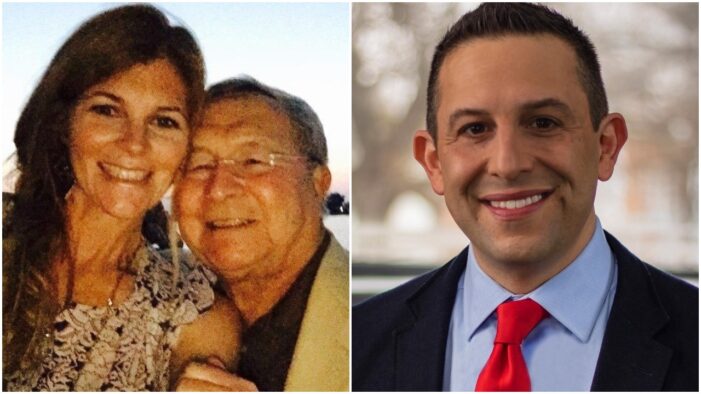 Last week, Oakland County Treasurer Andy Meisner was asked during a Zoom debate regarding the Oakland County Executive position what his thoughts were on former executive, the late L. Brooks Patterson.
“Brooks Patterson, who I have to say clearly, was a racist and misogynist and a xenophobe,” Meisner said.
That prompted Patterson’s daughter, Mary Patterson Warner, a Springfield Township resident who grew up in Clarkston, to write an open letter criticizing Meisner, a Democrat who is running for the county executive position against another Democrat, Dave Coulter, the current executive.
Three Republicans are also running in Mike Kowal, Dave Farris and Jeffrey Nutt.
“I find it cowardly you say these things about him once he’s gone,” Warner wrote. “He’s not here to defend himself, and defend himself he surely would. Mr. Meisner, you need to stay in your lane. Focus on yourself and what YOU can do for our county.
“Personally, over the years of watching my father in politics, I realized that it was the people the farthest from him that said the nastiest of things. The ones that never really had the opportunity to work with him, converse with him or enjoy his company. The closer you were to him, the more you admired him, saw his brilliant mind, his unwavering dedication to his job and had the utmost respect for him as a person in general, but mostly, him as a leader. You’ve made it very clear, you didn’t know him at all, so therefore, stop talking about him like you do.
When contacted by The Clarkston News, Warner said she believes Meisner was definitely in the wrong.
“I believe he had every intent to do harm to my father’s legacy,” Warner said. “I believe he chose this time, with my father gone, to cowardly say these words. I also believe that he is trailing in the election polls and thought he would gain ground by attacking my father.
“I spent my entire life around politics and witnessed my father handle himself with professionalism and grace. He worked hard to serve the people ethically and fairly. I think this is poor politics and completely unwarranted.”
Meisner also responded to an inquiry from The Clarkston News with a statement.
“I meant no offense to Mrs. Patterson or the family in responding to a question about Brooks Patterson’s legacy by addressing his very public and very consistent use of language and actions that used race, gender and ethnicity to demean and divide,” Meisner said. “The examples are too plentiful to mention. I’m grateful to Brooks for his public service but believe that during this time of racial reconciliation, it is important to be honest about our past to have a chance for a more equitable future. I did that when he was in office and will continue to going forward.”
Warner added that after the debate, Meisner contacted her via Facebook Messenger.
“He said it was ‘not his intent to offend me,’” Warner said. “I don’t know how he couldn’t have offended me or my family. He also stated on Channel 7 WXYZ he didn’t say anything that he hadn’t already said while my father was alive. I don’t recall him ever name calling those hateful words to my father. I know my father would have responded to those comments vigorously. I’ve read articles of the contrary, where Mr. Meisner compliments my father’s work and that they ‘worked together for the benefit of the county.’
“Andy Meisner should not run our county. My father worked too hard for someone like him to take over. Mr. Meisner has proven again that he is not the right person to lead Oakland County into the future.”
In concluding her letter, Warner had more harsh words for Meisner.
“Mr. Meisner, you’re a politician, but more importantly, you’re a husband and a father,” Warner said. “I hope your children and one day, your grandchildren will not have to hear these words spewed against you that you so flippantly use against our father and grandfather. Our family is still and will always grieve the tremendous loss of his love, humor and guidance. Show more respect to our father and grandfather. Show more respect to a man that gave up so much so that you can live in an amazing and successful county.
“Mr. Meisner, if you want the job so bad…be a better leader, be a better person.”