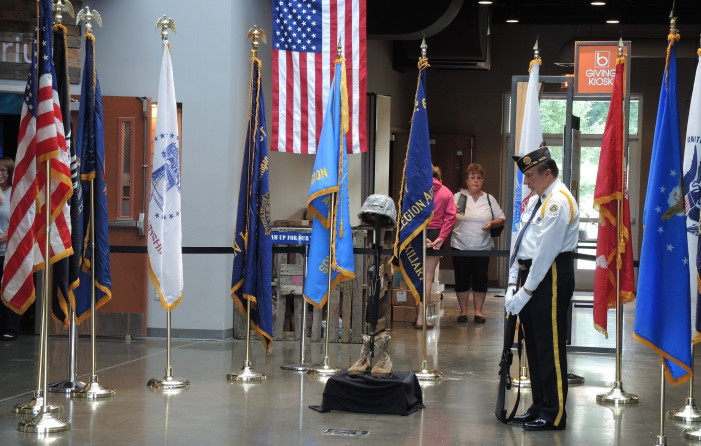 Barney Schoenfeld and other members of the American Legion Post 63 Honor Guard stand vigil over a memorial to fallen soldiers at Bridgewood Church’s Engage Your Destiny event for veterans, Sept. 9. See page 41 for more pictures from the event, which kicked off the church’s Patriot Week events. Photo by Phil Custodio

Art, antiques, apple cider at Art in the Village

DRAW (Disaster Relief at Work) hosts Bucket Run, their first 5K run/walk on September 30, from 7:30 -9:30 a.m. The walk, held with title sponsor, Fort Clarkston, costs $35 and is open to all ages. Disaster Relief at Work helps and supports victims of natural disasters around the United States. Their most recent efforts include […]

Three Independence Township firefighters traveled to Florida, Monday, as part of a Michigan task force to help the area recover after Hurricane Irma. “Lieutenant Ross Green, Engineer Carrie Erbe, and Engineer David Karakuc are undoubtedly excited for this assignment to help with the rescue efforts that will commence after the storm passes through,” said said […]

PHIL IN THE BLANK: Not so serious

The Clarkston Village Players’ late summer production is excellent. They’re staging the comedy satire “Underpants,” written by Carl Sternheim and adapted for the U.S. stage by Steve Martin. I wondered going in whether Martin’s humor from Saturday Night Live, “Three Amigos,” and his other stuff would come through. Yes, it does. The ending, in particular. […]

Help wanted for school business programs Dear Editor, When tested on general financial knowledge, nearly 50 percent of high school seniors fail. We’re working to change that. H&R Block is committed to helping teens learn how to manage finances – so the kids of today become the financially responsible adults of tomorrow. We have a […] 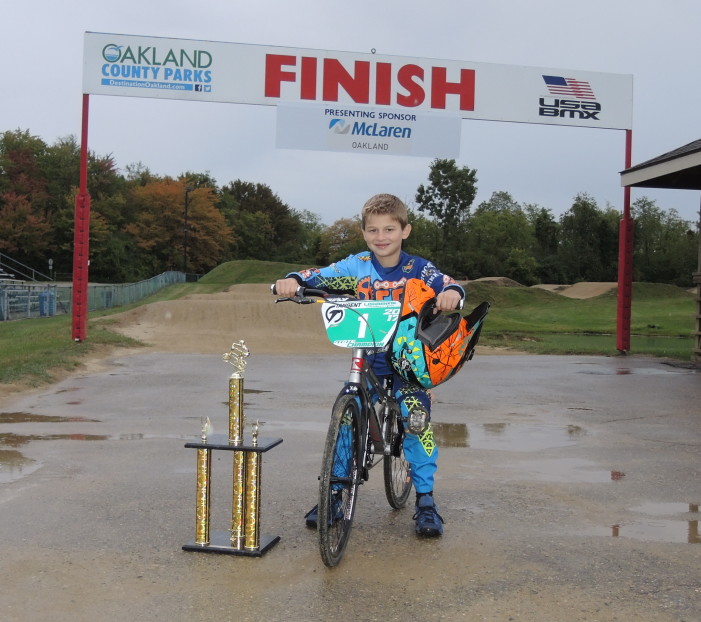 Brenden is an award winning BMX racer. Photo by Phil Custodio BY PHIL CUSTODIO Clarkston News Editor Elisha Goldstein of Clarkston admits to being nervous when the starting gate falls and her 7-year-old son Brenden Goldstein and other BMX racers hit the course, but it doesn’t last long. “Once the gate drops, I’m OK,” Elisha […]

THE HEALTHY CHILD: Make lunch an A+ experience

By Adrian Schirr With the new school year upon us, it’s time to revisit those bad habits we vowed to break last year. My son can’t be the only one who comes home from school exhausted and famished. It’s quite the show, really. With his backpack still strapped to his shoulders, his mission is clear: […]