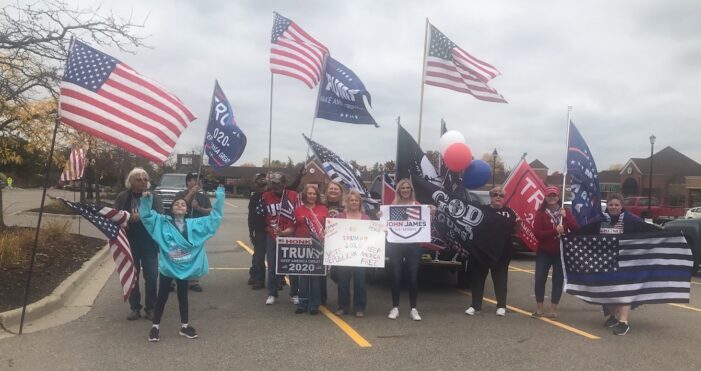 With the U.S. Presidential Election coming up in less than two weeks, a group of area residents staged a rally on Oct. 12 near the intersection of Sashabaw and Waldon roads showing their support for the current U.S. President, Donald Trump. From all accounts, the rally was peaceful with no reported incidents. Photo provided by […] 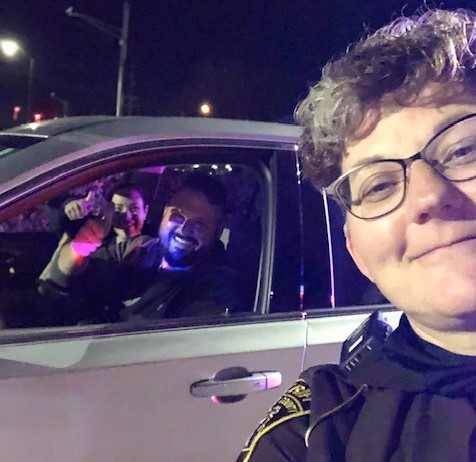 Sgt. Sharon Schabel, a Patrol Sergeant in Independence Township, needed a little pick-me-up to get through her shift back on Oct. 8. These kind citizens paid for her milkshake at the McDonald’s at M-15 and Dixie Highway when they noticed her behind them in the drive-thru. “I was able to catch them to thank them,” […]

Three people were injured in the early morning hours of October 18, after a crash along I-75 in Independence Township near the northbound Baldwin Road exit. According to the Michigan State Police, the driver of one car was speeding and rear-ended a second car. The at-fault vehicle came to a stop in the center median, […]

For parents looking for an alternative to their children consuming excessive amounts of candy on Halloween while engaging in a service project with their children, the Oakland County Sheriff’s Office is accepting Halloween candy as part of its 11th annual ‘Treats for Troops’ collection to send thanks, encouragement, and sweets to troops overseas. The Centers […]

Oakland County once again has been ranked No. 1 in the state of Michigan for vehicle crashes involving deer. As the deer population becomes more active this fall, residents potentially will be faced with more deer encounters on the roadway. Knowing how to react to deer on or next to the road is important to […]

According to Sgt. Richard Cummins with the Independence Township substation, there is someone, most likely overseas, who is calling people saying they are with Apple Support and their computer has been hacked.  “Long story short, they get the victims to purchase gift cards and then give the person on the phone the numbers off the […]

In the early morning hours of October 14, officers and the Independence Township Fire Department responded to the 5000 block of Oak Park Drive for a report of a house totally engulfed in flames. The Independence Fire Department requested the assistance of the Oakland County Sheriff’s Office Fire Investigation Unit. Both occupants of the house, […]

At the September 28 Clarkston City Council meeting, the Council approved a resolution to repave North Holcomb Road from Washington Street to the northern city limit.  A three-inch asphalt cap will be applied, and a new three-foot wide shoulder will be added to address the edge breakdown current occurring on much of this roadway.  According […]