Riding into the state championship

The Clarkston Equestrian Team is returning to the Michigan Interscholastic Horsemanship Association State Championship this week. The riders finished as 2020 Region B, Division D Champions during the regional competition, Oct. 3 and 4. The team earned the title riding against tough competition and took first places in Equitation over fences, Trail, Saddle Seat Equitation, […]

The Clarkston Equestrian Team is heading to the Michigan Interscholastic Horsemanship Association Regionals after finishing as District 11 Division D champions. The riders competed on September 26 and 27 at the Saginaw County Fairgrounds in the District 11 meets. The riders performed well, with the team taking first place for each of the three district […]

Athletes of the Year leave positive legacy at junior high

Mattie Drennan, Rocco Spindler and Garrett Dellinger made their mark on Clarkston Junior High School as freshman and were recipients of the Female and Male Athletes of the Year Award, May 30. Drennan was named Female Athlete of the Year. She earned her varsity letter in cross country and track and her JV letter in […] 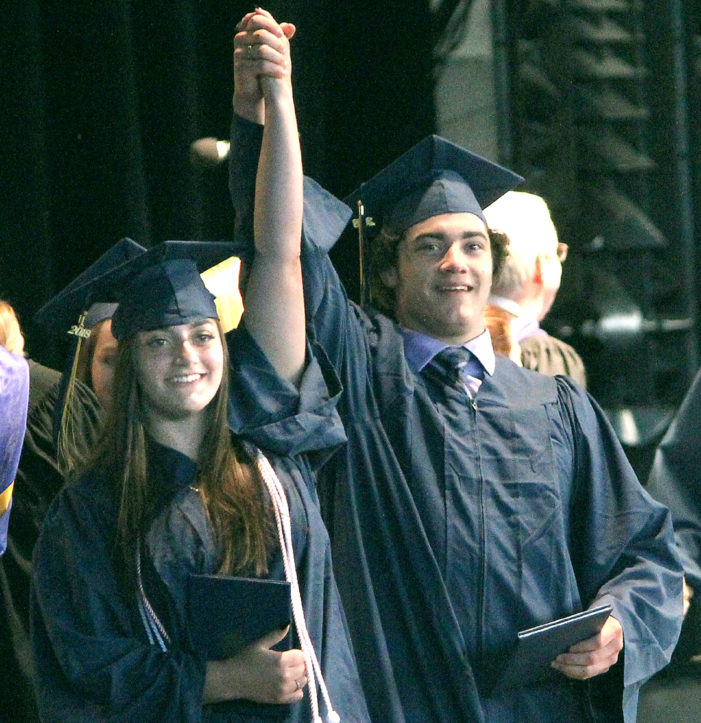 BY BRENDA DOMINICK Clarkston News Staff Writer It was a gorgeous night for a graduation, as families and friends of 606 soon-to-be alumni filled DTE Energy Music Theatre with excitement and remembrances. “I am very proud of all of you and acknowledge your efforts, your triumphs, and the struggles you had to overcome to make […]