BY JESSICA STEELEY Clarkston News Staff Writer Despite public outcry to save the historic Bailey house, bad timing is still its greatest adversary. “We had the meeting on Tuesday (Aug. 29) between the schools, the township and the county, where the school expressed their interest,” said builder Sam Moraco. “What came out of the meeting […] 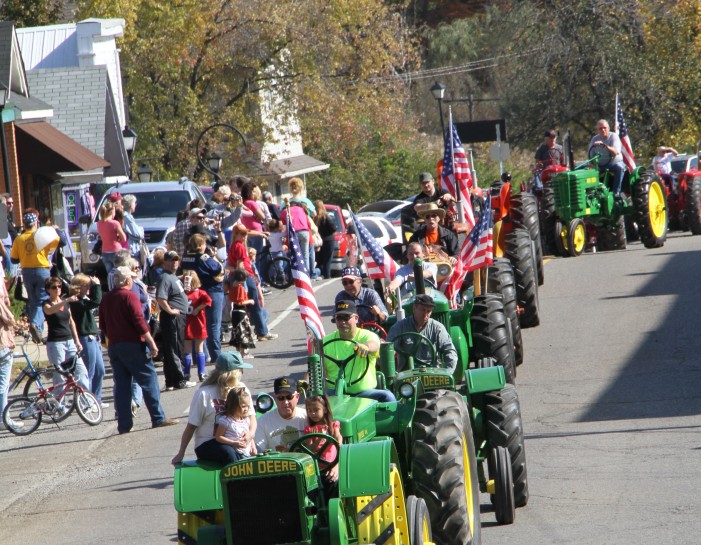 BY JESSICA STEELEY Clarkston News Staff Writer Experience some aspects of 19th century life this autumn by attending the Eighth Annual Davisburg Heritage Festival, Saturday, Sept. 23. Springfield Township and their Parks and Recreation Department organized the free festival to celebrate the town and its history. “We typically have antique tractors and a tour through […]

Deputy Superintendent Shawn Ryan presented to the Board of Education a request for four carts of Chromebooks for social studies classes at Sashabaw Middle School, two per grade. The board will vote on the $36,948 request at their next meeting on Sept. 11. The 128 Chromebooks would cost $33,792 and the four carts, $3,156. The […]

Clarkston Board of Education approved $990,575.86 in purchases at its Aug. 28 meeting, its first of the new school year. Purchases include computer network switches at Clarkston High School for $47,861.98; reading and literacy assessments for $51,173.13; 29 new workstation computers for the Career-Technical Education program at the junior high, $32,451; two air-conditioning compressors at […]

City Council voted 7-0, Aug. 28, to award the bid for seal coating and restriping city parking lots at Depot Park and Washington and Main to True North Asphalt of Rochester Hills. The work will cost $8,371 total, including $6,054 for work on Washington and Depot lots; along with $650 for sealcoat and stripe Depot […] 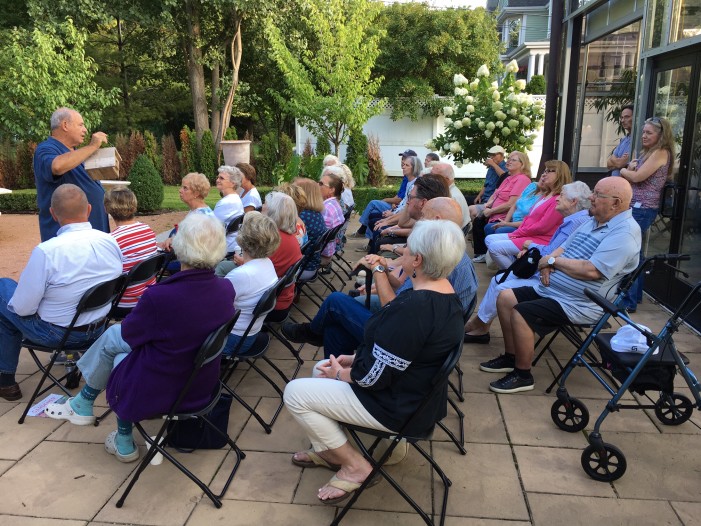 Bob McGowan, founder and president of Clarkston-area Backyard Birders Club, demonstrates a “free-and-easy” birdhouse at the monthly meeting of the Birders Club, hosted by Steven Stroud in the park and atrium of The Gateway. The event featured a presentation by Julie Baker, founder and director of the Michigan Songbird Protection Coalition. Baker spoke about efforts […] 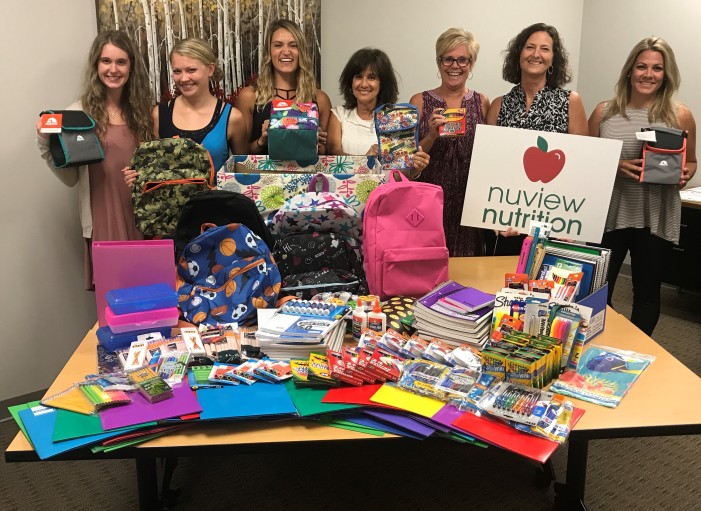 From left, Hannah Hallett, Carly Secoy, Brittany Golden, Tanya Heaphy, Cindy Crandell, Ann Dickie, and Adrian Schirr of Nuview Nutrition are once again grateful to their clients and their generosity for their successful Back to School drive. The donated school supplies made their way to Clarkston’s Lighthouse of Oakland County office for distribution to students […] 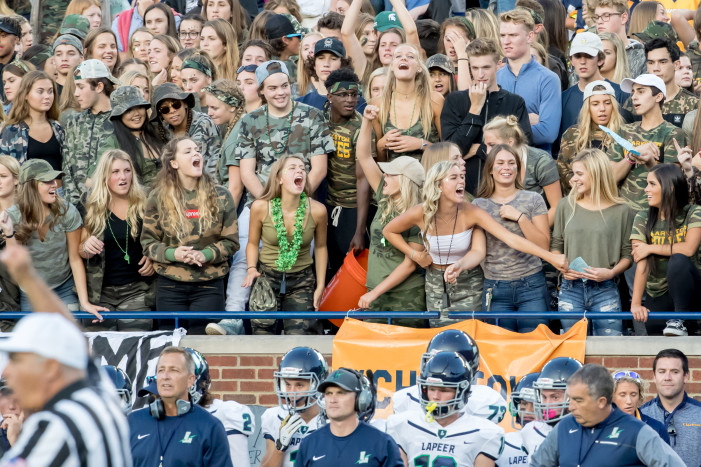 The energetic Jungle celebrates a successful play made by their favorite team during the Wolves blowout victory against Lapeer at the Battle at the Big House, Saturday, kicking off the season. Photo by Larry Wright

Clarkston City Council member Eric Haven, at right, makes a point about parking, as council members Sharron Catallo and Jason Kneisc listen. Photo by Phil Custodio BY PHIL CUSTODIO Clarkston News Editor The city will soon be the owner of a paid-parking kiosk after a contentious, split-decision vote of City Council, Monday. “Is this the […]